The nerve cell damage caused by FTD leads to loss of function in these brain regions, which variably cause deterioration in behaviour, personality and/or difficulty with producing or comprehending language.

Frontotemporal degenerations are inherited in about a third of all cases with mutations in the Granulin gene, GRN, constituting about 20%

All pathologic GRN mutations reduce progranulin levels or result in loss of function. Indeed, blood progranulin levels indicate reduced levels of progranulin in patients carrying these mutations, and are rapidly becoming a diagnostic biomarker. Progranulin’s role in FTD is being investigated in parallel with potential therapeutic approaches aimed at increasing its levels in the CNS. 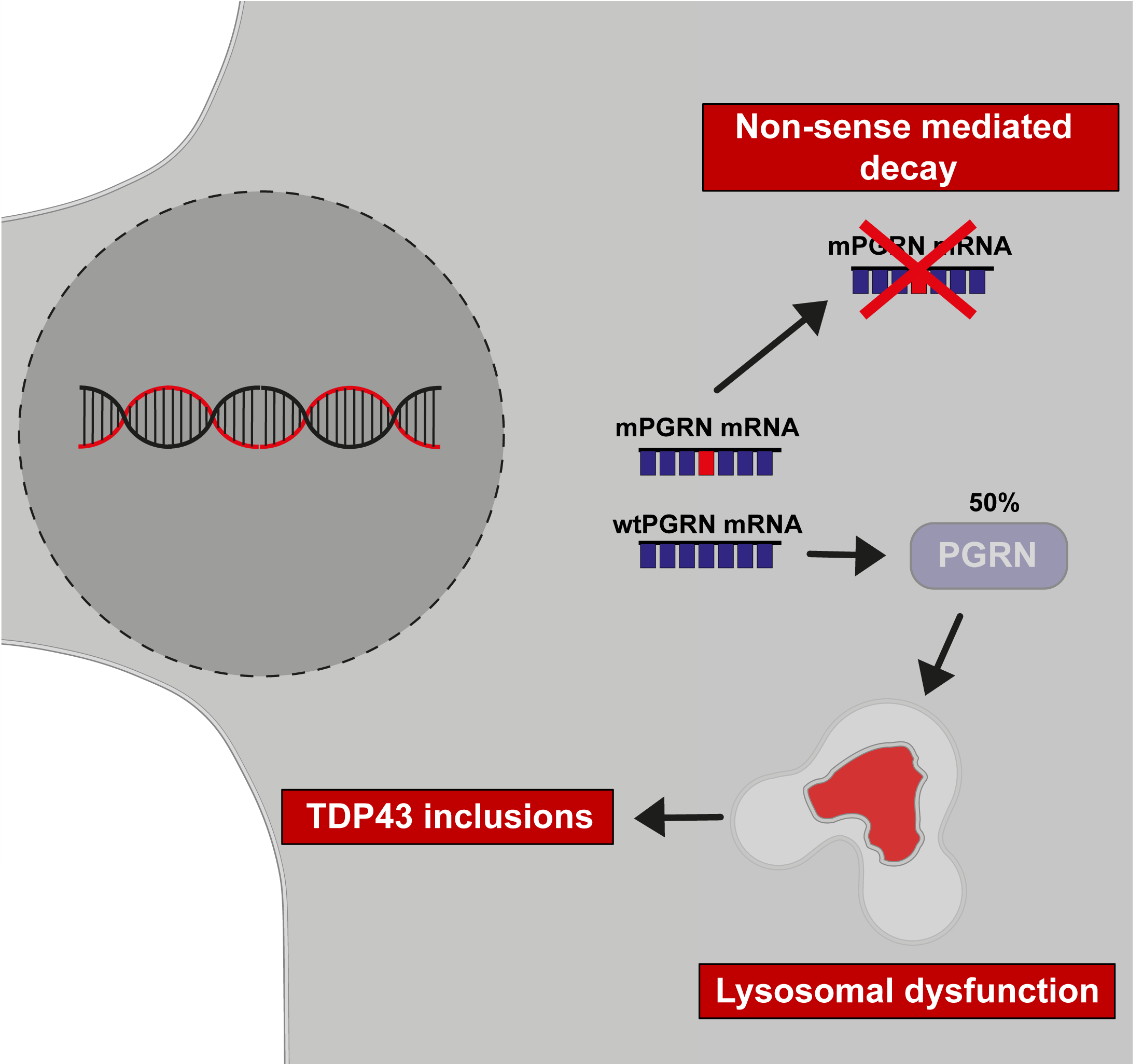